Update 2nd August: Now in August their Traffic has been restored, making me think it was an SEO test that went wrong.

SEMrush sensors have been flagging up lots of UK activity in the SERPs during July, and it looks like the clothing giant River Island could be the victim of a serious organic search drop.

This could be due to an algorithm penalty, or perhaps the result of a large technical SEO fault.

This is the lowest their organic rankings have been since January 2016, which could have a big impact on their summer clothing sales.

After doing a quick overview of archive.org, SEMrush, Ahrefs, and a crawl with Screaming Frog, it’s hard to see any major changes that could’ve made this happen.

However they aren’t without SEO flaws, such as: 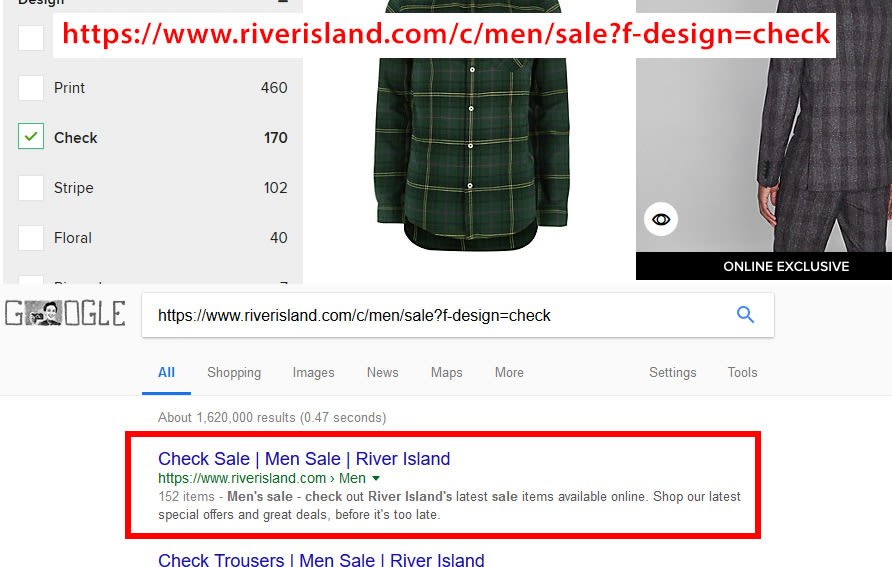 If I had to put my finger on the biggest problem, it would probably be the combination of indexing the category filter pages and not having canonical tags in place.

Perhaps it was an SEO experiment that went wrong, or simply a Google algorithm update.

Maybe we’ll hear more over the next few weeks.

No votes so far! Be the first to rate this post.

We are sorry that this post was not useful for you!

The Best Opencart Extensions for SEO

How Long Does It Take To Rank A New Website & Why

I’m Matt Jackson, an SEO consultant based in the UK, specialising in E-commerce SEO.
I’m always looking to meet with new and interesting people, let’s connect!

If you need help with the SEO strategies I blog about on this site, then let’s talk.

“Matt is extremely knowledgeable and helped our business achieve excellent SEO results. Many thanks for your help!”

SEO changed more in the last 6 months than most industries did in the last 5 years.
Is your strategy stuck in the past?
Take control of your SEO today, with services that actually work.
SEO Services
Copyright Matt Jackson. - All Rights Reserved | Terms & Privacy Policy
Back To Top
×
This website uses cookies to improve your experience. We'll assume you're ok with this, but you can opt-out if you wish.Accept Read More
Privacy & Cookies Policy

Any cookies that may not be particularly necessary for the website to function and is used specifically to collect user personal data via analytics, ads, other embedded contents are termed as non-necessary cookies. It is mandatory to procure user consent prior to running these cookies on your website.